Governments fall behind in race to stem antimicrobial resistance

Without decisive action, there could be 10m deaths a year due to AMR by 2050 — and a cumulative cost to the global economy of $100tn

Five years ago, the UN General Assembly adopted a landmark declaration urging global action against growing anti­microbial resistance (AMR) — which many still view as one of the greatest threats to public health in the 21st century.

The move followed a groundbreaking review of antibiotic resistance commissioned by the UK government from the economist Jim O’Neill, the findings of which continue to be widely cited. Without decisive action, there could be 10m deaths a year due to AMR by 2050 — and a cumulative cost to the global economy of $100tn.

Yet 2016 was a high watermark for political and public engagement with AMR. While the subsequent five years have seen some new funding for antibiotics research and development — as well as initiatives to slow the evolution of AMR by restraining excessive use of existing drugs in medicine and agriculture — progress has not been made at the scale needed.

“Comparing the many commitments made in the UN declaration with how governance and financial initiatives for AMR has developed in reality, progress — and particularly the pace — has been truly disappointing,” says Otto Cars, professor of infectious diseases at Uppsala University, and a member of the UN Interagency co-ordination Group on AMR set up after the declaration.

The Covid-19 pandemic has thrown the failure to act on AMR into sharp relief. “Antibiotic resistance is not like Covid-19 — it will not be an unpredictable pandemic,” says Cars, who also founded the international AMR network ReAct.

“The world already knows what it must do to prevent and manage it. We just don’t have the broad political will to tackle it.

“Yet, if we can’t convince governments at this point to prioritise and invest in the prevention of health disasters that we know are approaching in the foreseeable future, what has the world really learned from Covid-19?”

The World Health Organization’s annual Antibacterial Pipeline Report in April found that none of the 43 antibiotics currently in clinical development sufficiently addresses drug resistance in the most dangerous bacteria.

“The persistent failure to develop, manufacture and distribute effective new antibiotics is further fuelling the impact of AMR and threatens our ability to successfully treat bacterial infections,” says Hanan Balkhy, WHO assistant director-general for AMR.

We are almost forced to move away from AMR and into other areas where we can apply our technology, particularly cancer and fibrosis

A new AMR Preparedness Index, launched in June by the Global Coalition on Aging and the Infectious Diseases Society of America, provided more evidence of what it called “a broad failure to match public promises with the concrete actions needed to avert the growing crisis”. The index scored the world’s 11 largest economies against seven AMR criteria. The worst national performers were Brazil, China and India; least bad was the UK.

Since the 1980s, the stock of effective antibiotics has depleted gradually as bacteria evolve and build up resistance. Replenishing the pipeline requires both “push” and “pull” financial incentives.

Push — which means funding research by biotech companies and universities to discover new antibiotics and carry out initial clinical trials — is performing better than pull, which instead rewards pharmaceutical companies for taking antibiotics through late-stage clinical trials and on to the market.

Several organisations set up with public, private and charitable funding are supporting research into new antibiotics. The most active backers of antibiotic R&D include Carb-X, GARDP, Repair Impact Fund and AMR Action Fund. 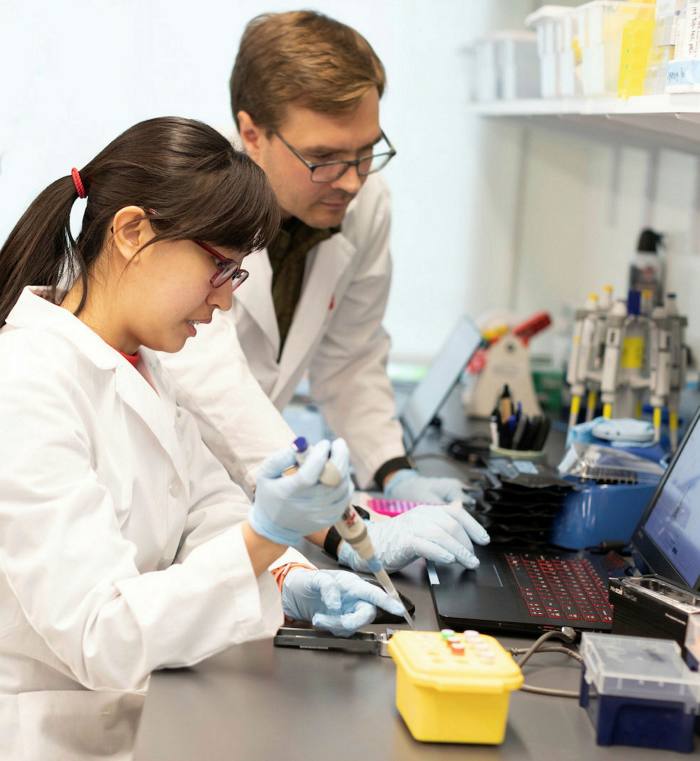 There has been much less progress on the pull side. Marketing new antibiotics would bring in little conventional sales revenue, as the drugs would be reserved for use in small quantities in short courses on patients whose infection is not treatable with existing products.

A few countries, including the US and UK, are exploring subscription-style incentives, in which companies would be paid upfront for developing effective new antibiotics in ways that are not linked directly to sales volumes. But none of the pull initiatives is yet on a scale sufficient to make much impact.

A report published by the Access to Medicine Foundation in Amsterdam in June showed that innovative antibiotics and their producers must bridge two distinct funding “valleys of death” before the drugs can reach patients.

One is in the earlier stages, when venture capitalists are unwilling to support a new antibiotic with no promising return on investment. The second is the “commercial valley of death” when an approved drug reaches the market but lacks sufficient sales revenues.

Oxford Drug Design, an Oxford university spinout, exemplifies the problem. Its technology — based on inhibiting enzymes called Aminoacyl-tRNA which play a key role in protein synthesis — is leading to promising antibiotics for treating drug-resistant infections.

“We have received generous grants from Carb-X and Innovate UK which have enabled us to make good technical progress, but that does not cut the ice with venture capitalists,” says Paul Finn, the company’s chief scientist.

“It has been well-nigh impossible to raise money to take our molecules into the clinic. We are almost forced to move away from AMR and into other areas where we can apply our technology, particularly cancer and fibrosis.”

Others are in a worse predicament than Oxford Drug Design. “Many companies go bankrupt before they can launch their products and some fail even after reaching this milestone,” the Access to Medicine report says.

“It is clear that the innovators of such drugs urgently need a stable economic and policy environment suitable for developing and responsibly delivering new antimicrobials.”